Books of the Year 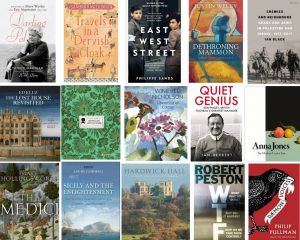 A good index makes it easier for readers to find the information they seek. Congratulations to these SI members for creating the following indexes included on Books of the Year 2017 lists. For more information on how an index by one of our members can improve your book, see this advice for publishers.

Auriol Griffith-Jones for indexing Lovers and Strangers by Clair Wills (Allen Lane) (TLS list) and Enemies and Neighbours by Ian Black (Allen Lane) (The Guardian and The Times lists).

Nicola Nicholas for indexing The Husband Hunters by Anne de Courcy (Weidenfeld & Nicolson) (The Spectator list) and The Medici by Mary Hollingsworth (Head of Zeus) (The Telegraph list).

Links to the Books of the Year lists can be found below.